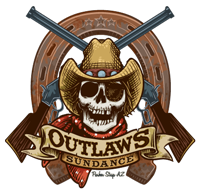 The Wild West on the Water!

Howdy and welcome to the Sundance RV resort! This western themed resort and saloon are located at 1201 Parker Dam Road on the California side of the Colorado River, approximately seven miles from the intersection with California Route 62. The resort opened Dec. 26, 2014

The Sundance RV Resort is a perfect location to enjoy the area’s surrounding desert paradise and abundant recreational activities. A family resort that offers multiple activities just outside of your door. We invite you to bring your personal watercraft to the resort or we can help arrange a rental for you.
Summer visitors can enjoy beach activities including boating, water skiing, jet skiing, and tube floating right from the beach. Our winter visitors welcome fishing, golfing, trail riding, swap meet, and various musical festivals in the Park. Winter or summer, there’s always gambling fun to go alongside the seasonal fun. The Blue Water Casino is located in close proximity to the Sundance RV Resort which means vacations are assuredly a lot more fun no matter what time of the year you visit.

Earp, California is an unincorporated community site in San Bernardino County in the Sonoran Desert close to the California/Arizona state line at the Colorado River in Parker Valley.

The town, originally named Drennan in 1910, was renamed Earp in 1929. It was named for famed Old West lawman Wyatt Earp who with his common-law wife, Josephine Sarah Marcus, lived part-time in the area beginning in 1906. Earp staked more than 100 copper and gold mining claims near the base of the Whipple Mountains.

They bought a small cottage in nearby Vidal and lived there during the fall, winter and spring months of 1925 – 1928, while he worked his “Happy Days” mines in the Whipple Mountains a few miles north. It was the only permanent residence they owned the entire time they were together. They spent the winters of his last years working the claims but lived in Los Angeles during the summers, where Wyatt died on January 13, 1929.

Though the town was never incorporated, the post office near Earp’s mining claims at the eastern terminus of Highway 62 near Parker, AZ was renamed “Wyatt Earp, California” after Earp’s death in 1930 with a zip code of 92242. For amusement only there is a tiny cemetery showing the fake grave of Wyatt Earp.

Play, Discover and Relax in an old west paradise. Saddle Up for an adventure with our resort rentals and discover new places on the Parker Strip!